The Center for International History, and the Department of Anthropology present

Abstract: This paper takes stories which surround an old trade a productive starting point to revisit British colonial cartographies in India’s north-eastern frontiers. I situate the first printed map of the Garo Hills (now located in India) and the construction of the Rowmari-Tura road (now divided between Bangladesh and India), in the gaps of British archives and conversations in Bangladesh’s remote border villages. By tracing the road’s contemporary material presence in Bangladesh to its early emergence in the form of a map in British India’s northeastern frontiers, I show how colonial endeavors re-ordered the region’s marshlands and hills as distinct political spheres in the 19th and early 20th centuries. Infrastructures of control—surveys and maps, road construction, repair and disrepair— transformed notions of territory, bodies and cosmologies to inscribe race. Furthermore, nature’s fury—forest fires and earthquakes—intersected with political forces to pull people apart. I suggest that an ethnographic reading of old roads and maps that continue to connect regions, which states still govern as unruly terrains, foreground the changing terms of contemporary violence along the India-Bangladesh borderlands.

Bio: Malini Sur is a Senior Research Fellow at the Institute for Culture and Society and teaches anthropology at Western Sydney University. Her research addresses three lines of inquiry – agrarian borders, urban space and the environment. She investigates these areas ethnographically and historically, and with keen attention to visual representation. She has conducted fieldwork in Bangladesh and India, and with South Asian asylum seekers in Belgium. 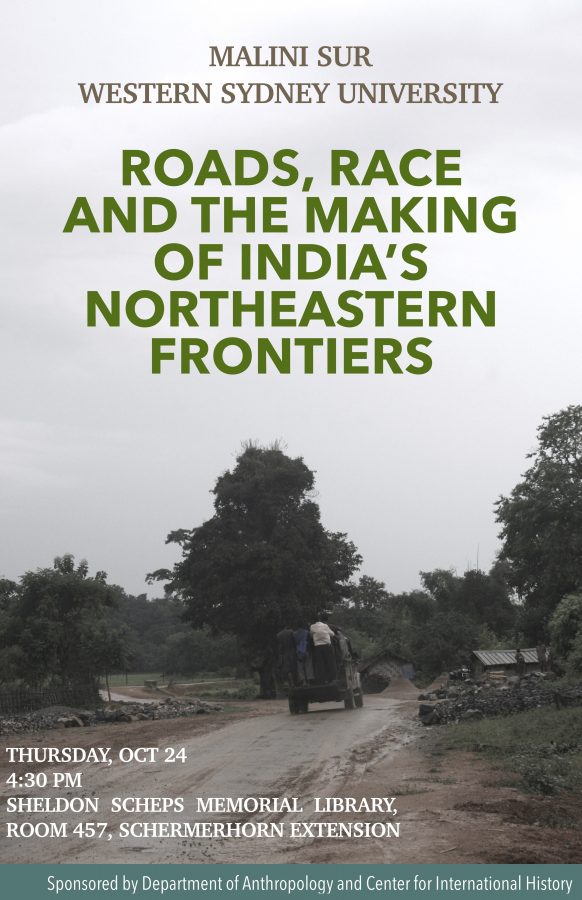 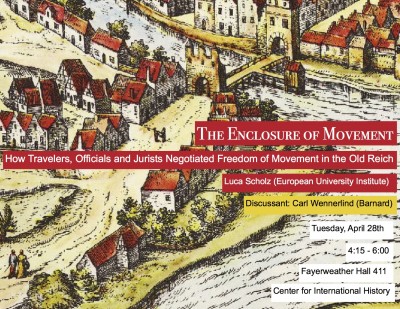 In the fragmented political landscape of early modern Germany, control over moving goods and people was a permanent object of contention between travelers and more than three hundred competing polities. Such conflicts were often framed as matters of “conduct”, a term denoting the sovereign right to escort travelers and to levy customs duties on passing goods and people. Although only certain forms of movement were subject to conduct restrictions, public officials constituted a considerable obstacle for the unhampered movement on the roads and rivers traversing the patchwork empire. Accordingly, attempts at “monopolizing the legitimate means of movement” (John Torpey) clashed at more or less open forms of resistance from the side of those to be controlled. Drawing on the physical, symbolic and intellectual conflicts occasioned in this context, the talk explores the fundamentally controversial nature of these polities’ grasp on human mobility. Confronted with fragmented, multi-layered forms of territoriality, double-edged claims of protection and ubiquitous appeals to free movement, we are called to reflect on the border through the eyes of a past that knew restricted mobility as an all-pervasive but much-disputed principle of socio-spatial organization.