Karl Jacoby
Department of History
Columbia University
“Between the Color Line and the Border Line: A Trickster’s Tale from the U.S.-Mexico Borderlands”
Tuesday, April 21, 4-6pm
Fayerweather 411
With Discussant Sarah Beckhart 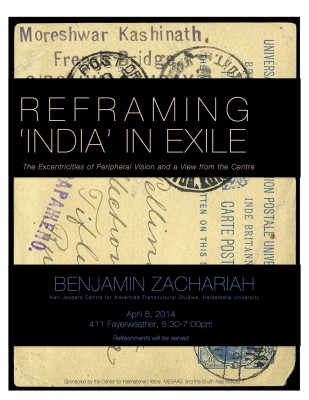 This Graduate History Student Conference will focus on the spaces where individuals and groups come into contact with the institutions and symbols of the state. We will ask how such spaces of citizenship have been constructed, delimited, and at times rejected, and how the terms of interaction and negotiation in these spaces have been defined and re-defined. In addition, we will look at the moments when individuals or groups have been excluded from citizenship, and when citizens and non-citizens have created alternative venues to mobilize and define their identity beyond the reach of Latin American nation-states. 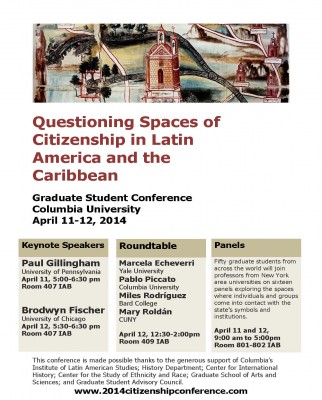